Anti-racism has become a global obsession, and rightfully so.  Racism and racial oppression are repulsive.  And, BTW, I don’t have a racist bone in my body.  Or so I thought.

Lots of people have dark sides.  Maybe everyone.

I could identify with Richards’ surprise at his darker inner impulses.  My own failing was private rather than public, differing in degree but not in kind.  It taught me valuable lessons. 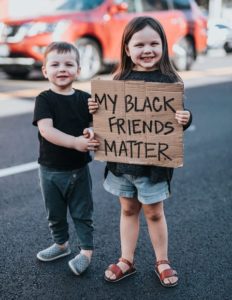 Growing up in the US South, I learned from my parents and educators to be racially tolerant and accepting in a culture that often was not: segregated schools, neighborhoods, restrooms, drinking fountains, and more.  Racism still makes my blood boil.  For decades, I’ve sought to promote racial fairness.  But an important discovery early on fueled this mission.

One summer during university, I joined several hundred students – most of us Caucasian – for a South Central Los Angeles outreach project in primarily African-American neighborhoods.  We spent a weekend living in local residents’ homes, attending their churches, and meeting people in the community.

A friend and I enjoyed generous hospitality from a wonderful couple.  Sunday morning, their breakfast table displayed a mountain of delicious food.  Our gracious hostess wanted to make sure our appetites were completely satisfied.  It was then, eying that bountiful spread, that it hit me.

I realized that for the first time in my life, I was living in a Black family’s home, sitting at “their” table, eating “their” food, using “their” utensils.  Something inside me reacted negatively. 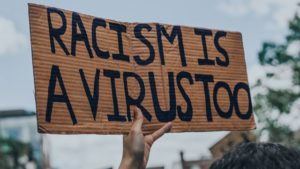 The strange feeling was not anger or hatred, more like mild aversion.  Not powerful, not dramatic, certainly not expressed.  But neither was it rational or pleasant or honorable or at all appropriate.  It horrified and shamed me, especially since I had recently become a follower of Jesus.

The feeling only lasted a few moments.  But it taught me important lessons about prejudice.  Much as I might wish to deny it, I had repulsive inner emotions that, if expressed, could cause terrible pain.  I who prided myself on racial openness had to deal with inner bigotry.  How intense must such impulses be in those who are overtly less accepting?  Maybe similar inner battles – large or small – go on inside many people. 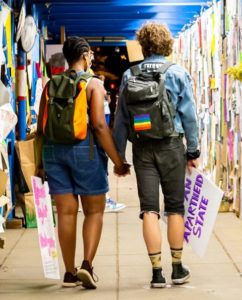 Holocaust survivor Yehiel Dinur testified during the trial of Adolf Eichmann, the Nazi leader responsible for killing millions of Jews.  With Eichmann present in the courtroom, suddenly Dinur sobbed and collapsed to the floor.  Dinur later explained:  “I was afraid about myself.  I saw that I am capable to do this … Exactly like he. …Eichmann is in all of us.”

Jeremiah, an ancient Jewish sage, wrote, “The human heart is most deceitful and desperately wicked. Who really knows how bad it is?”  A prescription from one of Jesus’ friends helped me overcome my inner struggles that morning in South Central:  “If we say we have no sin, we are only fooling ourselves and refusing to accept the truth.  But if we confess our sins to [God], he is faithful and just to forgive us and to cleanse us from every wrong.”

Lots of people have dark sides.  Maybe everyone.  Maybe you.

Could there be some of Michael Richards’ flaws – or mine or others’ – in all of us, inner compulsions that could benefit from divine help?

Where society’s racist laws, policies, and practices need changing, we should change them.  But it would be a mistake to neglect the need to change individual human hearts.

This article first appeared on WashingtonExaminer.com